Why I Love the Blues – The Journey Begins Last week I went down to Memphis, Tennessee to be a judge in the International Blues Challenge (IBC) and also to perform a set for the Blind Raccoon showcase. It was my first time down there and I had a blast. The feeling of community and fellowship in the Blues was certainly prevalent throughout the week. I highly recommend that you attend whether you are a Blues lover or not.

One thing that struck me was the enthusiasm for the Blues that exuded from the musicians and from the fans. This gave me an idea, an epiphany of sorts. I wanted to find out where this passion for the Blues comes from. Armed with a video camera I decided to ask them.

Initially I thought that maybe 1 or 2 people “might” be interested in coming in front of the camera for an interview. Boy was I wrong. The response from the Blues community at the IBC was overwhelming. In just a couple of days, we filmed over 50 interviews and got some interesting perspectives.

Based on these interviews, we are creating a series of web episodes on “Why I Love The Blues”.

We are currently in the process of reviewing all of the hours of footage that we filmed, sorting out the order of the episodes, and sorting out which bits will make it into each episode. It’s a big task and lots of fun. Thanks to everyone who participated in this project.

I’ll keep you posted on our progress.

Keep on Bluesin’ my Brothers and Sisters !!!! 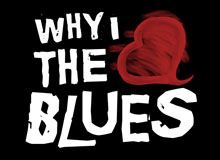 Link to Why I Love The Blues WEB series